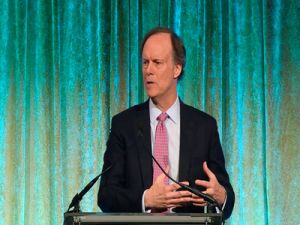 OREANDA-NEWS. The Nobel Prize in Physiology or Medicine was given to Americans William Calin and Gregg Semenza and Briton Peter Ratcliffe. This was announced on Monday by the Nobel Committee.

“The fundamental significance of oxygen has been known for centuries, but how the cells adapt to changes in oxygen levels has not been understood for a long time. The work of this year's Nobel laureates uncovered the molecular mechanisms behind how cells respond to changes in oxygen supply”, the report said. The Nobel Committee noted that the discoveries of Ratcliffe, Semenza and Kalin helped in the fight against anemia, cancer and many other diseases. The size of the Nobel Prize is 9 million Swedish kronor ($ 913 thousand).

With the announcement of the laureate in the field of physiology or medicine, the Nobel Week began. On Tuesday, an award will be awarded in the field of physics, on Wednesday in chemistry, on Thursday they will name the owners of two Nobel Prizes in literature at once - for 2018 and 2019. On Friday, October 11, the winner of the Nobel Peace Prize will become known. In 2018, immunologists James Ellison (USA) and Tasuku Honjo (Japan) received the Nobel Prize in physiology and medicine for their research on cancer treatment.