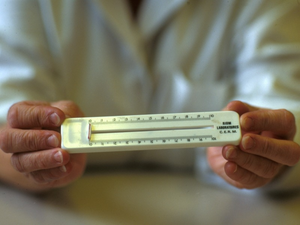 People Recovered From Cancer Less Likely to Get Alzheimer's

Science and engineeringResearch and developmentMedicine
OREANDA-NEWS.People who successfully undergo treatment for cancer are less likely to experience dementia, apparently due to the nature of their metabolism.

The diagnosis of cancer for many people becomes the most terrible shock in life. However, researchers from the University of California at San Francisco found that even in this case, certain advantages in cancer patients appear (albeit only if they manage to overcome the insidious disease): it turned out that people who had cancer had much less likely to become ill with senile dementia .

There is some compensation for patients faced with tumors, in the form of additional protection against dementia.

Observations have shown that, in general, brain aging and memory problems in this category of patients develop with aging not as rapidly as their peers who have not experienced cancer. Although the authors of the study do not know where this “additional protection” comes from, they assume that the matter is partly in genetics, and partly in a different metabolism, which forms with aging. Both make some people more susceptible to Alzheimer's disease, and others to tumors.
Source: OREANDA-NEWS
Поделиться в соцсетях:
Подписаться на наши группы: Instagram | VK | Facebook | Twitter
Rate this article: