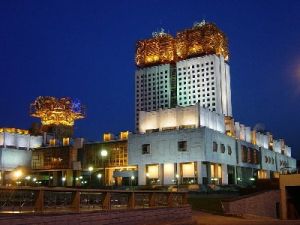 "We are returning to Russia with a message that in terms of science we [Russia and the US] are as interested in each other as before and are ready for cooperation at different levels," the President of the Russian Academy of Sciences said. "We agreed that we should as much as possible introduce into our cooperation such form of collaboration as working groups with "brainstorming", - he continued.

"What is it? These scientists from different countries-10-15 people-get together not for a day or two, but for a couple of weeks, locked, figuratively speaking, on the key and begin to discuss the state of a certain area of knowledge, the results of experiments, trends. Work goes in the mode of "brainstorming". After that, the participants determine plans for the future and who will do what," explained Sergeev, drawing attention to the fact that countries that are better able to organize leading specialists for such assaults are among the "trendsetters in modern science".

The President of the Russian Academy of Sciences complained that the interacademic scientific exchange, which was carried out by the Academy of Sciences, had been stopped in Russia since 2013. "Now the new legislation opens up such an opportunity for us, and we hope that we will get the necessary budget for this. This year we have already planned the first five "brainstorming", including climate, space, space medicine," he said.

As specified by the Head of the Academy of Sciences, these events are scheduled to be held at the hotel RAS "Narrow" in the capital Yasenevo. The choice of this place Sergeyev explained by the presence of such optimal conditions for" brainstorming", as convenience for gathering participants from around the world and at the same time privacy and isolation from the atmosphere of the metropolis.