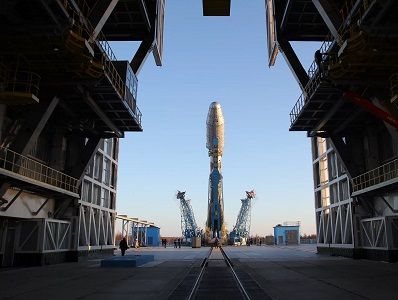 Roscosmos Plans to Build a National Space Center in Moscow

OREANDA-NEWS  The main building of the National space center in Moscow, which will be built on the territory of the Khrunichev Center, will look like a rocket. This was reported on Friday by the Head of Roscosmos Dmitry Rogozin.

"The preliminary study of the building of the National Space Center has already begun, our architects propose to make one high building, which will be the location of engineering and design offices. It should be seen as a symbol of the Russian space Agency and will be built in the streets Myasishchev. They offer different options, they are similar to a rocket, one of the options resembles a super-heavy class launch vehicle," Rogozin said, presenting a plan to create a new center at a meeting with the Khrunichev Center staff.

According to him, the building will be placed in such a way as not to block the view of residents already standing next to houses. "We are announcing a competition for the best project [of the main building]," said the head of Roscosmos.

According to the presentation, the full completion of the work is scheduled for 2024. "The construction of these facilities will begin this year. We expect that designers and engineers working in the capital today will comfortably and comfortably accommodate in these places," Rogozin said.

Speaking about the transport infrastructure, he said that near the new Center there will be four bridges, including one pedestrian. They will be focused on the metro station "Shelepiha" and "Mnevniki". "Here we already have the Filyovskaya metro line and a promising ruble-Arkhangelsk line is planned, the construction of which will be synchronized with the construction of the National space center," the head of Roscosmos said.

"A very important point that we discussed with Sergei Sobyanin is that it is important for us to connect the national space center with our research and production center in Korolev. The public transport system will be set up in such a way that it will be possible to get from Fillets to Korolev with one transfer. If now workers are forced to spend up to three hours to get from Korolev to the Khrunichev Center, it turns out no more than 50-55 minutes," Rogozin added.

Earlier, Russian President Vladimir Putin in his address to the Federal Assembly instructed the government of Moscow and Roscosmos to create a national space center, which will focus all the key design bureaus, enterprises and specialized organizations.

Rogozin previously reported that the Center will work in Moscow in three and a half years, already under discussion with the government of Moscow. In one place will be collected 20 thousand designers and engineers of Roscosmos, "at the same time, this project involves the acceleration of the financial recovery plan of the Khrunichev center."