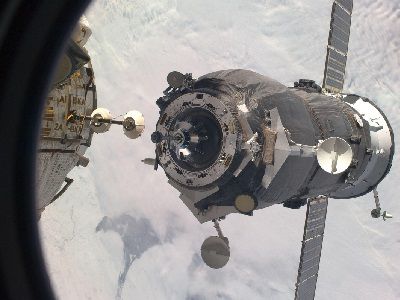 OREANDA-NEWS  "Russian space systems" has completed the production and testing of a new system of docking of ships to the International space station, according to the website of the holding.

"In the past year, the research Institute of precision instruments (part of the holding "Russian space systems" "Roscosmos") completed production and successfully conducted acceptance tests of the new digital equipment "Kurs-MKP". This is the latest system for docking manned and cargo spacecraft to the Russian segment of the ISS, " the holding's website said in a statement.

It is noted that "Kurs-MKP" significantly exceeds the accuracy and energy efficiency of the equipment, which is operated on the ISS today.

The equipment of the docking system consists of the active " Kurs-A "and the passive part"Kurs-P". The active part is installed on spacecraft and measures all the parameters of mutual rapprochement and docking. The passive part is located on the ISS, it receives signals from the active, retransmits and transmits information about the speed and range to the cosmonauts.

The Kurs System has been successfully used in various modifications in space technology since 1986. The equipment is developed in Ukraine and till 2002 was made at the Kiev enterprise "Elmis".

Since 2002, the equipment is manufactured in Russia using Ukrainian components.

Since 2003 has been developing importonezavisimy digital, not analog, as in its predecessor, version docking system "Kurs — NA" (the new active). Its first tests took place in 2012. Since 2015, it is installed on all Russian cargo, and since 2016 on manned ships.

At the same time, in 2016, it became known about the development of the system "Kurs-ICP", which will replace the one used on the international space station "Kurs-P". A new instrument is lighter and three times more economical on power than the analogue of the previous generation.