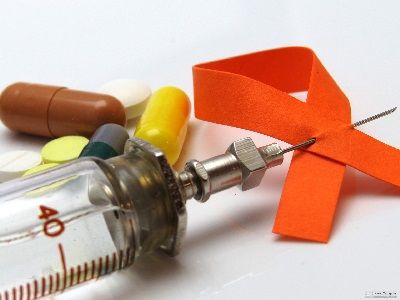 Russia Will Have an Effective Cure for HIV

OREANDA-NEWS  Russian scientists have created an effective drug that can fight HIV infection. Unlike tablets, which are used for treatment today, the injection will create a cumulative effect.

Patients will be enough to make only one injection per month to receive a daily dose of the drug.

"The medicine is based on nanosuspensions, they are slowly consumed in the body. As a result, a reserve of the active drug is created, which allows maintaining the desired concentration in all tissues for a month," says Dmitry Kireev, head of the group of developers of methods for diagnosing HIV infection and viral hepatitis.

"In Russia, mainly treated with efavirenz. This is an old drug from 1998, it is effective, but with side effects. There are violations of the Central nervous system, nausea in the morning and dizzy at night insomnia. Because of this, about 30% of patients refuse treatment," — said the Expert Kirill Barsky.

In his opinion, the new drug will cost significantly more than traditional drugs, so it is unlikely that they will be interested in public procurement at first. Patients with HIV are already often faced with the refusal of doctors to prescribe more modern medicine free of charge.

In addition, the drug should not cause irritation of the gastrointestinal tract, as is the case of tablets.

In medical institutions, the drug will appear not earlier than four years. It will take such a long time to complete the clinical trials and complete all the documents.

The head of the Federal AIDS center Vadim Pokrovsky noted that the testing will last a year, and another three years will be needed to register the drug and start production.

In total, the development will spend at least a billion rubles, so the price will first be very high. A decrease in the cost of the drug is expected only five years after its appearance on the market.