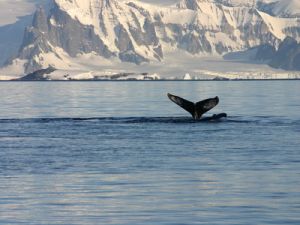 OREANDA-NEWS. The seventh Russian-Chinese scientific expedition aboard the Akademik M. A. Lavrentyev ship on Thursday returned to Vladivostok. Scientists were able to collect data that will help to study climate and environmental changes in both the Far Eastern seas and the North Pacific and the planet as a whole, the chief of 87 flights of the R/V “Akademik Lavrentyev”, Alexander Bosin told to reporters.

He also added that scientists in 2020 will conduct two Russian-Chinese expeditions to study climate and environmental changes in the Arctic and the Japanese and Bering Seas. "Within the framework of the Russian-Chinese scientific center for the study of the ocean and climate, next year we have already planned two expeditions. One expedition to the Arctic is the Chukchi Sea, the East Siberian Sea, and the second expedition is the Japanese and Bering Seas", interlocutor.

He specified that the tasks of the expeditions will be the study of climate, environment, sea ice and other data. The international center has plans for expeditions until 2030, Gorbarenko specified.