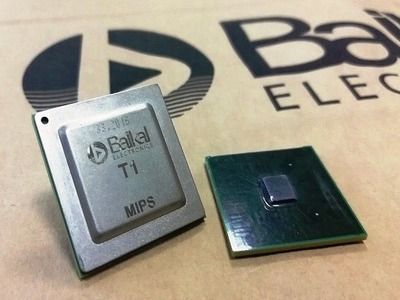 Science and engineeringComputers and ITNew technologiesMinistries and departments
OREANDA-NEWS. The development of a domestic processor, the introduction of logistics robots and flexible solar panels, as well as the development of a training system for an innovative economy became the main achievements in 2019 of the Fund for Infrastructure and Educational Programs (FIEP) of the Rusnano group. This was announced to the Russian media on Friday by the head of the FIEP Popularization Directorate Sergey Filippov.

“Of course, the most striking of the 2019 FIEP infrastructure events was the release of the Baikal-M1000 processor by the Baikal Electronics company, the founder of which is the T-Nano nanocenter. The second is the introduction of the Technospark nanocenter of logistics robots and flexible solar panels. And the third "This is the localization of the production of Visionix ophthalmic equipment in Troitsk. All these directions absolutely reflect the trends of the Russian innovation market", Filippov said.

According to him, the Russian processor is what the Russian developers have been going for a long time in the framework of creating a new element base in the Russian Federation, which can be used for the national project "Digital Economy". "The fact is that now we are making our own competitive processors, this is a significant event for all of domestic microelectronics and computer technology", he explained.
Source: OREANDA-NEWS
Материалы по теме: