Science and engineeringResearch and developmentPublic education 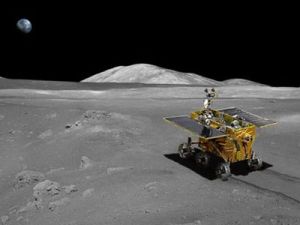 OREANDA-NEWS. Russian schoolchildren from Biysk, Altai Territory, presented a unit for lunar ground studies. This is a prototype of a machine for ultrasonic drilling of the soil. The development was shown by the finalists of the competition supported by National Technology Initiative, reports NTI press-cutting service.

“Initially, students had to develop an ultrasonic drill for unearthly soil, but a team of pupils of 8th and 9th form from Biysk went further. In the final of the competition they presented a prototype of a unit which allows not only “drilling”, but also taking a sample of the soil. Such unit can be used for any studies of lunar ground in the program of development of the Earth satellite," said the press-cutting service of the NTI.

The prototype of the installation has been created by a team of schoolchildren from Biysk, Altai Territory, during several months. They presented their results among developers of prototypes of space systems and devices in the educational center "Sirius".

"In the upcoming missions for the exploration of the Moon, it is proposed to use rather expensive cryogenic drilling to obtain samples of lunar ground. We are offering ultrasound drilling technology - it is more economical and requires less energy. It is important that ultrasonic drilling heats the soil by a maximum of 10 degrees, while the usual one can raise the temperature by 100 degrees, which is why the characteristics of the soil change drastically. We also used a pseudo-rotation system that allows to quickly remove the ground remains from the area of drilling,” says Andrey Pivovarov, a 9-grader of secondary school No.3, Biysk.

The “Duty for Planet” is being implemented at educational center “Sirius” as part of the National Technology Initiative with the support of Skolkovo Institute of Science and Technology (“Skoltech”), “Roscosmos” State Corporation and the Innovation Promotion Fund. 93 schoolchildren from 24 regions of Russia became its participants, and five contests were held. In the final, schoolchildren presented 13 prototypes, including an autonomous planetary rover (planetokhod), a unit for launching missiles from the stratosphere, several working models of nanosatellites, a rotary antenna for receiving telemetry from CubeSat satellites, etc. About 50 experts assisted children in their developments.