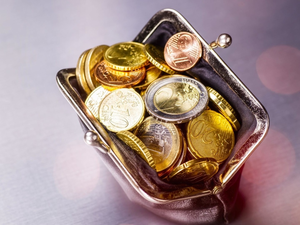 Science and engineeringResearch and developmentWorld
OREANDA-NEWS. The average person is much more honest than many people used to think. He is more likely to return the wallet he found, especially if he has a lot of cash in it. This conclusion was made by an international group of scientists, which conducted an unusual social experiment. It took him three years, more than half a million US dollars and 17,000 intentionally lost wallets.

To test the integrity of people around the world, research assistants from the Universities of Zurich, Michigan and Utah made a round-the-world trip. They visited 355 major cities located in 40 countries of the globe. In each metropolis, “scientific agents” visited banks, theaters, hotels, police stations and other public places, where they found purses that were allegedly lost and handed them to employees of institutions. According to legend, the valuable thing found on the street.

All wallets were transparent (as in the photo) and contained a shopping list written in the main language of the country, as well as business cards with names and email addresses. Thanks to this data, unwitting subjects could contact the fictitious wallet owner.

It turned out that about 40 percent of people bother to contact the fictitious owner of a “moneyless” wallet. The same act was made by 51 percent of people when there were small funds in it.
Source: OREANDA-NEWS
Поделиться в соцсетях:
Подписаться на наши группы: Instagram | VK | Facebook | Twitter
Rate this article: