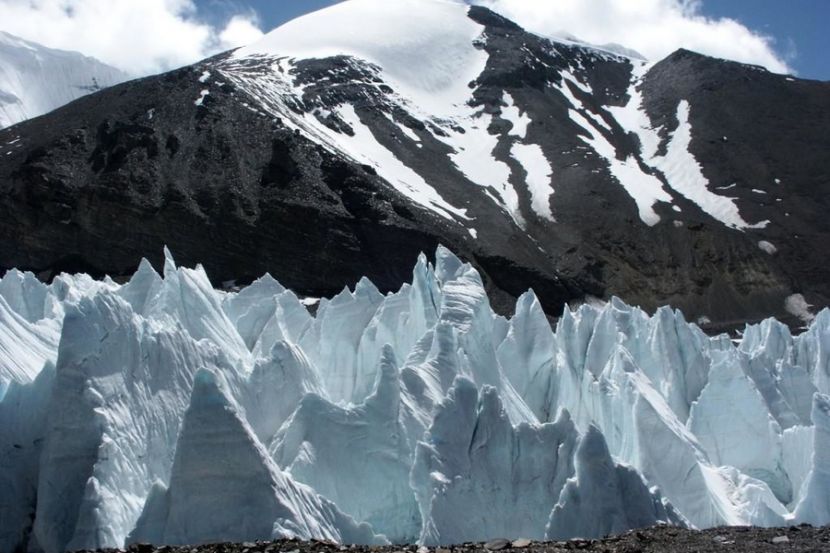 The Melting Glaciers of Tibet Are Hiding 28 Unknown Viruses

Science and engineering
OREANDA-NEWS. An international group of scientists discovered 28 viruses in the ice layers of Tibet which were unknown to science. Experts have concerns that the frozen strains will be released into the environment due to global warming processes.

In this way, humanity can face diseases for which there is no cure. For example, people in the Northern Hemisphere can catch diseases that are common in the Southern Hemisphere, such as cholera, Denge fever, malaria, which activate at high temperatures.

Scientists are still investigating the viruses found. Many experts believe that the possible threat of bacteria hidden in glaciers cannot be ignored, because if it turns out that people are not immune to these strains, there is a threat of an epidemic if viruses enter nature.

Scientists are also concerned about the rapid melting of the Antarctic glaciers. Thus, two or three dozen island states may disappear for this reason. There could be big trouble in low-lying large cities, including St. Petersburg.

It has long been predicted that the melting of the glaciers of Antarctica and Greenland will lead to a rise in sea levels, and this entails enormous problems. Specialists say that the melting process of the Denman glacier can cause a serious disaster.
Source: OREANDA-NEWS
Поделиться в соцсетях:
Подписаться на наши группы: Instagram | VK | Facebook | Twitter
Rate this article: