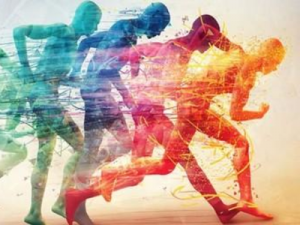 OREANDA-NEWS Artificial intelligence is already able to determine the gender and age of people from the video or determine the emotions of a person by gait. This time, the developers trained the neural network to predict the movement of a person in their pose.

A video-based algorithm predicts further movements in the current position and creates an animated 3D motion model. At the same time, artificial intelligence is able to simulate possible movements from any angle, regardless of the source data.

The neural network was trained on four datasets containing pairs of videos and associated animated 3D models. The system receives the initial data in the form of a sequence of frames with a moving person. After this, the convolutional neural network creates a vector that describes the current state of the person. Based on this vector, a 3D model is being created that predicts movement.

The authors spoke in detail about the development of the AI ​​system and the prospects for its use in the article Predicting 3D Human Dynamics from Video in the journal Computer Science.