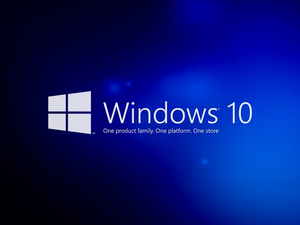 The Next Windows Version Will Set a New Speed Record

Science and engineeringResearch and developmentIT, MediaSoftware engineering
OREANDA-NEWS. After problems with the autumn update of Windows 10 in 2018, users were unhappy with the reliability and performance of their operating system. And the company seems to have taken up the correction of their own mistakes.

For the past few weeks, some members of the Windows Insider program have been receiving test builds of Windows 10, which will be presented to the masses only in 2020. But while the company is sending this version of the OS, what is happening with the mysterious build of Windows 10 19H2? Microsoft has finally released the first build based on this version and stated that it will not be similar to previous ones and will focus solely on improving performance. The company said that the build of Windows 10 19H2 will contain fixes and the current version of the operating system, released in May 2019. It turns out that on the street, Windows fans are starting a holiday, as Microsoft listened to the pleas of users and began to monitor the quality of updates of its own operating system. Due to this, the nearest update can be the fastest version of Windows 10 for all time of its existence.