The Robot "Fedor" has Launched an Official Page on Instagram 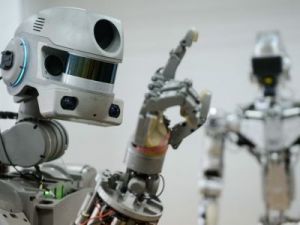 OREANDA-NEWS. The humanoid robot Fedor, whose departure to the International Space Station (ISS) is scheduled for August 22, launched an Instagram page.

So far, Skybot F-850 has 15 publications and 30 followers.  The robot shares pictures with inscriptions, as in comics, where it talks about its skills and training.

One of the posts contains a quote from Mayakovsky’s poem “Listen! After all, if the stars are lit, then does anyone need this?”

Earlier, the head of Roscosmos Dmitry Rogozin published a video on the preparation of the Fedor robot for space flight on the ISS.  The video is accompanied by a song by Rogozin himself.  The robot’s Twitter account has an answer to this video, which says “Thank you, Comrade General!”  It will not rust after me! ”