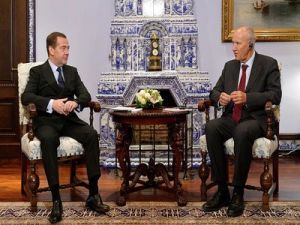 OREANDA-NEWS. Francis Gurry, Director General of the World Intellectual Property Organization (WIPO), praised Russia's technological development. "Russia is developing by leaps and bounds, especially in the technological field, Skolkovo is the most obvious example of this", the WIPO head said at a meeting with Russian Prime Minister Dmitry Medvedev. "We see a multiple increase in Russia's potential in terms of new technologies, we see new initiatives in terms of protecting intellectual property, which benefits a wide variety of industries", he said.

Medvedev believes that the positive changes in the Russian Federation in the field of intellectual property protection are “the result of interaction with the World Intellectual Property Organization”. “We are pleased to be taking an active part in the processes taking place at WIPO”, Medvedev admitted. He suggested that Harry "discuss further issues of interaction between Russia and WIPO".