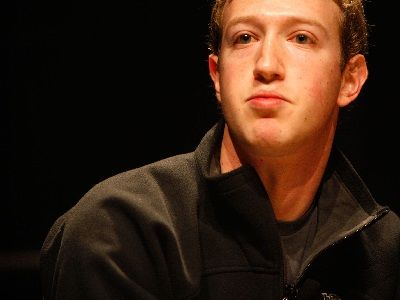 OREANDA-NEWS   The head of Facebook Mark Zuckerberg ordered the top managers of this American Corporation to use only smartphones on the Android operating system developed by Google, which in fact amounts to a ban on the use of Apple's iPhone on the iOS operating system.

This was reported on Wednesday by the New York Times newspaper, which published the results of its investigative journalism on the basis of information from more than 50 current and former employees of Facebook, as well as civil servants.

According to the newspaper, Zuckerberg gave the order in the second half of last year, after a scandal broke out in the UK and the US with the collection of personal data of tens of millions of Facebook users by the British company Cambridge Analytica. Personal data of network users were used to prepare the election campaign of Donald trump on the eve of the US presidential elections in 2016.

Zuckerberg explained his requirement for managers not to use the iPhone by saying that the number of Android smartphone users in the world is greater than the number of iOS device users. However, according to the authors of the article in the New York Times, the reason for Zuckerberg's decision could be outraged by his criticism of the head of Apple Tim cook to Facebook and the company's social network that the invasion of privacy is a violation of human rights.

According to the New York Times, Facebook collaborated with the company Definers Public Affairs, which placed critical publications about Google and Apple on a related news resource. According to the publication, Facebook hired Definers to track the Corporation's publications in the press, but expanded cooperation with the firm in the light of the scandal around Cambridge Analytica.

After cook's speech with criticism of Facebook, several dozens of devastating articles about Google and Apple appeared on the NTK Network news resource related to the Definers. In one of them, in particular, cook's statements were called hypocritical, as Apple also collects a large amount of personal data of its users.