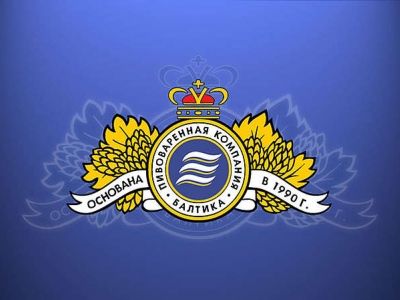 IndustryFood product manufacture
OREANDA-NEWS. Baltika Breweries, part of the Carlsberg Group, has announced that Olga Belkina is appointed VP Sales of Baltika Breweries as of 1 February 2017. Olga is to replace Vladimir Vava who will take up the position as CEO of Carlsberg Serbia.

Olga Belkina has successfully headed various sales departments at Baltika Breweries for 13 years. In 2014, she took the position as Modern Trade Sales Director.

Vladimir Vava has held the position of Vice President Sales of Baltika Breweries for the last two years. He managed to restore company growth despite the complicated and highly competitive market conditions.

“The top management team of Baltika will miss Vladimir. However, his new position is of real importance for Carlsberg Group and is the right step in his personal development. I wish him every success in his new role. I would also like to congratulate Olga on her new appointment to the responsible position of Vice President Sales of Baltika. I’m confident that given support of our team, Olga will successfully manage with this difficult role and will make a great contribution to the development of the complex sales department,” says Jacek Pastuszka, President of Baltika Breweries and Executive Vice President Carlsberg Group Eastern Europe.

Baltika Breweries LLC, part of the Carlsberg Group is one of the largest FMCG producers in Russia. Since 1996, the company has been ranked Number One in the Russian beer market. Baltika owns 8 breweries in Russia and enjoys an expanded brand portfolio. The Company forms a significant part of the Carlsberg Group and its Eastern European region including Azerbaijan, Belarus, Kazakhstan, Ukraine and Uzbekistan. Baltika Breweries is a top exporter of Russian beer: Baltika’s reach includes over 75 countries.