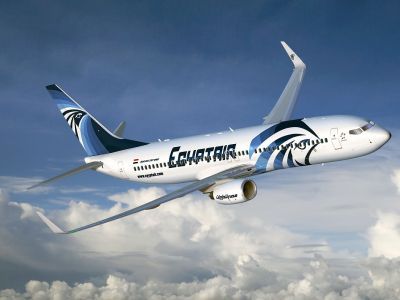 OREANDA-NEWS Boeing and AerCap announced at the 2017 Dubai Airshow that EGYPTAIR will lease six Boeing 787-9 Dreamliners.

EGYPTAIR, the national flag of Egypt, is leasing the airplanes from Dublin-based AerCap, the world's largest 787 customer with more than 115 787s owned or on order.

"The 787 Dreamliner has built a reputation for reliability, operational efficiency and passenger comfort," said Safwat Musallam, Chairman and CEO, EGYPTAIR Holding Company. "We look forward to the 787 becoming an integral part of EGYPTAIR's fleet as we progress our modernization and network expansion plans."

EGYPTAIR's selection of the Dreamliner builds on its long-term partnership with Boeing, which dates back to 1966 with the airline's order for three 707s. Today, the carrier's fleet includes a mix of Boeing 777s and 737s.

"We are pleased that EGYPTAIR has chosen the Boeing 787 Dreamliner to power their growth and fleet modernization," said Ihssane Mounir, senior vice president of Global Sales & Market, Boeing Commercial Airplanes. "EGYPTAIR joins the growing 787 family, now with nearly 70 customers from around the world who will benefit from the airplane's market-leading efficiency, reliability and comfort."

The Boeing 787 Dreamliner is the fastest-selling twin-aisle airplane in history. Boeing has delivered more than 600 787s entering service in 2011, flying more than 200 million people on more than 610 unique routes, saving over 19 billion pounds of fuel.

"AerCap is extremely proud to have been selected by EGYPTAIR to support their widebody fleet renewal program," said AerCap CEO Aengus Kelly. "Our customers around the world have benefitted tremendously from the airplane's efficiency, reliability and comfort. We're confident the addition of these 787-9 aircraft will enhance EGYPTAIR's fleet for many years to come."

EGYPTAIR operates passenger and freight services to more than 75 destinations in the Middle East, Europe, Africa, Asia and the USA.

AerCap is a global leader in aircraft leasing and aviation finance with nearly 1,100 owned and managed aircraft.