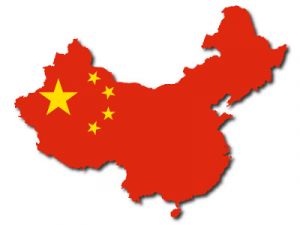 OREANDA-NEWS. China aims to cut 30mn t of steel capacity in 2018, putting it on track to almost complete its five-year goal to eliminate 150mn t/yr of blast furnace-based crude steel capacity two years before a 2020 deadline.

The 2018 target was announced in the central government's 2017 work report, delivered in the first session of the 13th national people's congress in Beijing today.

The country's industry ministry said in January that China would "strive" to hit the 2020 target by this year. Actual capacity cuts for 2017 were not announced, but the government has said last year's target of 50mn t/yr was exceeded.

China also set a 2018 target to cut 150mn t of coal capacity, unchanged from its 2017 target but lower than the achieved 250mn t of cuts. Much of the coal overcapacity efforts are aimed at curbing thermal coal production, but the limits could reduce some of the country's more than 600mn t/yr of domestic coking coal production, potentially raising demand for imports.

China aims to achieve 6.5pc GDP growth this year, premier Li Keqiang said in his annual report to the congress. This is unchanged from last year's target but lower than actual 6.9pc growth in 2017. But policymakers' emphasis has shifted to deleveraging and reducing risk, while infrastructure spending could be more restrained in 2018, as China will aim to reduce its budget deficit as a percentage of GDP by 0.4pc to 2.6pc.

Pollution from steel and other industries will continue to decline, with the government targeting cuts of 3pc for sulphur dioxide and nitrogen oxide emissions and further declines in PM2.5 particulate matter in key cities. China will also continue to reduce risks in the financial system and continue progress toward passing real estate tax legislation, Li said.

Steel and coal overcapacity cuts have boosted cash flow for companies, allowing them to service bond obligations. This is a reversal from two years ago, when fears of defaults were mounting. China's steel sector profits rose by 178pc to 341.94bn yuan ($54bn) in 2017. This includes primary producers, rollers and processors.