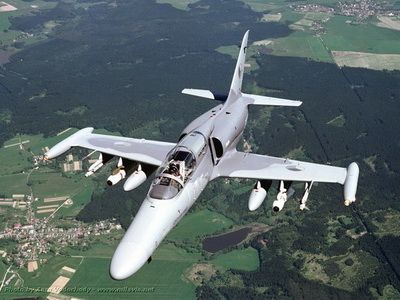 IndustryVehicles and transport equipment manufactureTransportAir transport
OREANDA-NEWS. The aviation industry is one where the Czech Republic boasts a proud tradition but a reduced and sometimes problematic recent past. Now it appears to be on the rebound and the government has high hopes that the country’s biggest aviation company, Aero Vodochody, and one of its key aircraft could be at the centre of the revival.

Czech hopes for the aviation sector were recently highlighted when Prime Minister Bohuslav Sobotka visited Aero Vodochody’s plant not far from Prague. The highlight of the trip was a presentation of the modernised light fighter and trainer aircraft the L-159.

Around a decade or more ago the L-159 could have been taken as a symbol of a failing Czech aviation sector. An initial order for 72 aircraft from the Czech Army was slashed to just 24 with the rest mothballed in the search of buyers. In the face of those problems, production, which began in 1997, was eventually halted seven years later.

Now, the picture appears very different and Aero Vodochody is now mulling the relaunch of series production of the plane. Company spokeswoman Tereza Vrublov? explained how circumstances now appear to be turning in its favour.

"One of the reasons is the situation on the overall aviation market where there is now a growing interest in light combat aircraft, which is precisely what the L-159 is. According to our analysis, the market could need another few hundred such aircraft over the next 10 years. And we believe they can’t be found anywhere else other than at Aero Vodochody."

The plane maker has itself contributed to the improved market position by getting some of those mothballed L-159s out on the market and, so to speak, into the international aviation shop window. Tereza Vrublov? again:

"For years this whole project was to some extent rundown. But two years ago we were able to sell some of the stored L-159s to two customers. One customer was a pilot training company in the United States. The other was to Iraq and that has grabbed attention and also given us experience that we can profit from. The L-159 is now the only plane in its category that can boast of being on combat missions."

An order for 12 L-159 planes came from the Iraqi airforce with the planes currently being used in the fight against ISIS.

If series production is started again, the new aircraft will be modernised versions of the planes that were completed around a decade and a half ago with the same basic design. The boost for dozens of other aviation companies across the Czech Republic could be significant if they can grab a share of that revived production as sub-contractors.

And while the signs are now promising, Vrublov? warns that a final decision on series production might not come this year or even next. Lead times for such critical moves are often very long indeed in the aircraft sector.