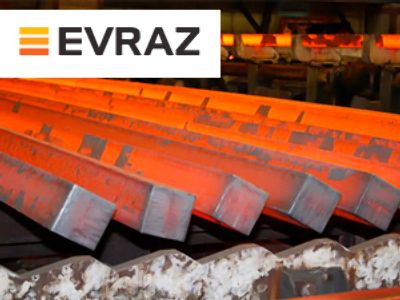 EVRAZ released its operational results for the Q3 of 2017

• Consolidated crude steel output increased by 5.9% quarter-on-quarter to 3.5 million tonnes in Q3 2017, primarily following the completion of capital repairs at EVRAZ DMZ’ oxygen-converter plant and the ramp-up of EVRAZ Regina after the planned outage in Q2 2017.

• Production of steel products, net of re-rolled volumes, increased by 4.4% quarter-on-quarter to 3.1 million tonnes as a result of increased output of semi-finished products due to the completion of planned capital repairs at EVRAZ ZSMK and EVRAZ DMZ.

• Production of construction products increased by 6.0% quarter-on-quarter following a seasonal upturn in demand.

• Production of railway products was down 9.8% due to planned capital repairs at Russian facilities and planned downtime for maintenance in North America.