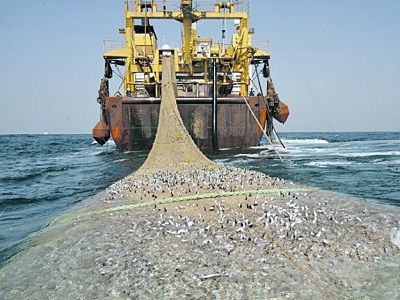 IndustryAgricultureFishery, fish breedingStateReligion
OREANDA-NEWS. FAO and the Vatican today called for an intensified international push to stamp out human rights abuses in the world's fishing industry — including trafficking of people and forced labour — as well as an end to the scourge of illegal fishing.

Speaking at an event co-organized by FAO and the Vatican to mark World Fisheries Day, the UN agency's Director-General Jos? Graziano da Silva said that — although fishing provides food and income for millions of people — "sadly, the same industry that offers so many opportunities also victimizes the most vulnerable."

"We have seen increasing media attention focusing on human abuses in the sector, in both developed and developing countries. These include instances of labour abuse, forced labour, trafficking, child labour and slavery," Graziano da Silva noted. "FAO and the Holy See are calling for collaboration between all partners to work together in order to end human rights abuses along the entire fisheries value chain," he said.

"We have to guarantee that the seafood reaching our plates has been produced not only in an environmentally sustainable manner; but also in a manner that supports the socio-economic well-being of those who harvest and process it," he said.

The Vatican Secretary of State, Cardinal Pietro Parolin, said in his keynote address that action is needed on three broad fronts: providing aid to exploited fishermen to facilitate their reintegration; ensuring that compliance with existing international rules on fishing; and fighting against trafficking and smuggling to impose the rule of law and human rights standards.

"Only by working together, and coordinating our efforts, will we be able to break the chain of exploitation that affects the fishing industry in many countries," he said.

Victims have described enduring a raft of ills while working on-board vessels in remote locations for months or even years at a time.

These include forced labour and debt servitude, beatings and psychological abuse, inadequate food, and unsanitary living conditions.  Hours are long and hard and workers are sometimes supplied with amphetamines to keep up.

It is common that workers are lured into these situations via deceptive or coercive recruitment processes. Once on-board, they can remain trapped for months — even years.

Generally, relatively few fishers are members of trade unions, written contracts are scarce, and protection of labour rights is weak. Where regulations do exist, enforcement is poor.

Indeed, effective monitoring poses a number of challenges — ocean spaces are vast, and ships are constantly moving from one country to another or operating in high seas areas not under any national jurisdiction.