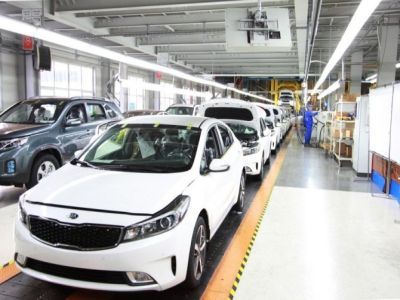 OREANDA-NEWS Kaliningrad plant "Autotor" by the results of 2016 has produced 94,354 cars, which is more by 2.3% than the year-ago result (92221 units). The agency "AUTOSTAT" was informed about it by the press service of the company, by noting that the largest share in the volume of production was occupied by KIA cars in the last year - 59%, passenger cars and trucks Hyundai had 22%, the rest 19% - they were BMW models.

Recall that "Autotor" mastered the production of 11 new and updated models in 2016. Among them - three new items from KIA: business sedan Optima of new generation, crossover Sportage of new generation and restyled sedan Cerato, which is produced in full-cycle mode. In addition to the launch of an updated version Elantra, Hyundai Company expanded its model range of Kaliningrad assembly due to crossover Tucson, Santa Fe Premium and Grand Santa Fe, as well as the executive sedan Genesis G90. Also in the last year, the Kaliningrad plant started the assembly of the crossover BMW X1 of new generation. As for the trucks, "Autotor" mastered the production of light commercial vehicle Hyundai HD35.

In 2017, "Autotor" will start the production of several new models of all brands. According to the press service of the company, at this stage, plans for 2017 are being coordinated with partners, but the company expects that the increase in production should be no less than 5% this year.