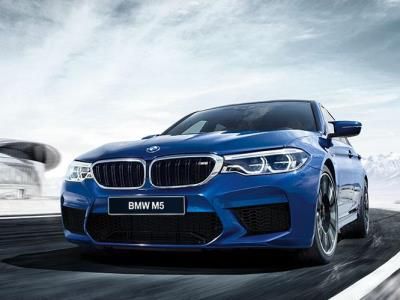 OREANDA-NEWS. On January 12th, within the framework of the traditional business breakfast, BMW Group Russia summed up the results of 2017. The event was attended by the CEO of Maximilian Kellner (on the photo) and the Director of Corporate Communications, Vasily Melnikov. Representatives of BMW noted the company's success in the Russian market – the growth was noted in key areas of activity. Thus, sales of BMW cars grew by 9% (up to 30 thousand units), MINI - by 16% (up to 1,6 thousand units). At the same time, the whole premium segment in Russia in 2017 was at the level of a year ago.

As for the division of BMW Motorrad, then sales of motorcycles of the Bavarian brand grew by 20%, and the market share of the brand reached 35%. As noted Mr. Kellner, the main drivers of growth of sales of BMW cars were crossovers X3, X5 and X6 in 2017, as well as sedan 5-series. By the way, the latest model in Russia is quite popular, especially with all-wheel drive, and in 2018 it is expected to be updated. Also, the CEO of BMW Group Russia shared its expectations for this year. So, in general, the Russian market in the company expects the growth of 10%, and in the premium segment - by 5 - 7%.