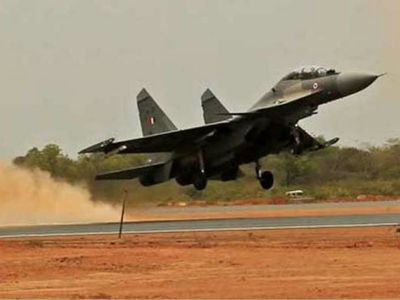 OREANDA-NEWS. Indian Air Force (IAF) fleet of Sukhoi-30 MKI fighter jets will undergo an upgrade to have more lethal weapons, a new type of AESA radar and avionics. India and Russia are in talks for the project.

The IAF operates around 240 of these planes and another 32 are in line for delivery. The planes are licence-produced in India. “Hope the upgrade starts soon,” said Vice-Chief of the IAF Air Marshall SB Deo while speaking at an event organised by Hindustan Aeronautics Limited to mark 70 years of India-Russia diplomatic relations.

HAL’s Chairman and Managing Director Dr T Suvarna Raju said the upgrade would be done to make the plane more lethal. The first of the planes built to the current specifications were delivered to India in 2004. Since then, technology has changed as regards missiles, air-launched missiles and bombs.

The upgrade shall include long-range standoff missiles up to the range of 300 km and more powerful electronic jamming systems.

Speaking about the fifth generation fighter aircraft (FGFA), Dr Raju said the multi-billion dollar co-development project with Russia would be an opportunity as no country had ever offered such critical technology to India.