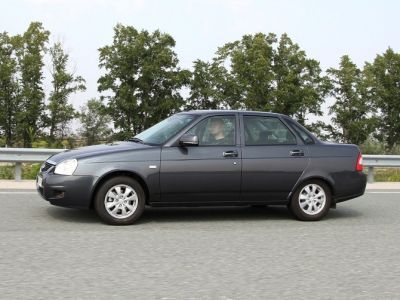 OREANDA-NEWS Analytic agency "AUTOSTAT" conducted a study of the Russian market of new cars and it made a rating of the best-selling models in the North Caucasus Federal District in 2016.

According to the survey, the most popular model in the market of new cars in the North Caucasus Federal District in the last year remained LADA Priora, the rate of which was 8340 units, which is less by 28.5% than in 2015. The second place is occupied by LADA Granta, which was sold in amount of 6937 units, by showing a drop by 17%. In the third place of the rating there is one more model of AVTOVAZ - LADA Vesta with the result of 4785 cars. The top-five of leaders is closed by Hyundai Solaris (3426 units; -30%) and Toyota Camry (3417 units; -5%).

We also note that in December of the last year, the leadership in the market of the North Caucasus belonged to LADA Granta (592 units), while LADA Priora (313 units) occupied only the third place and gave a place behind itself also for LADA Vesta (410 units).