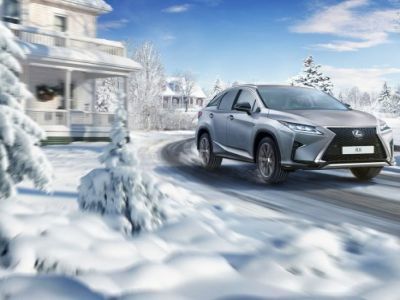 OREANDA-NEWS  Russian dealers of Lexus by the end of 2016 sold 24,117 cars (+ 19%), which is a record indicator for the time of the brand's presence in the Russian market. The market share of the Lexus brand in Russia was 1.7%, by showing the growth by 0.4% compared to 2015. Therewith, in the segment of manufacturers of premium class cars, Lexus increased its share by 3.4% to 16.1%, which enabled the brand to enter the third place, informed the press service of Lexus.

The leader by the level of demand among Lexus models in 2016 became a premium crossover RX - it was chosen by 7848 Russian customers (+ 149.3%), which was a record in the history of this model in Russia. However, Lexus RX became the leader of segment E-SUV Premium, where its share was 19.9% for the year.

The second by the demand level in the Lexus model range has become a premium compact crossover NX, which was sold in amount of 6782 units. Among the represented in Russia cars D-SUV Premium the share of Lexus NX for the year was 23.2% of the market, which provided the leadership for model in this segment.

The flagship full-size SUV Lexus LX came to the third place in terms of demand in the Russian brand line with the result of 6402 cars. This is a record for this model for the history of its presence in the Russian market.

It is worth noting that by the results of 2016 Lexus ranked the first place by sales in the segment of premium SUVs in Russia with a share of 20.5%, by selling 21963 crossovers and SUVs.

The demand for business-sedan Lexus ES remains stable, which remains the most popular model among sedans of brand. In 2016 it was sold 2058 Lexus ES cars.