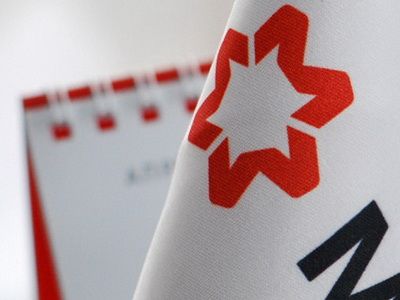 Industry
OREANDA-NEWS. Metinvest B.V., the parent company of a vertically integrated group of steel and mining companies (the "Company"), is pleased to announce that English Court grants permission to convene meetings of its Noteholders and PXF Lenders in relation to a scheme of arrangement to implement its financial restructuring.

Metinvest B.V. is seeking to implement a restructuring of its financial indebtedness under its unsecured guaranteed notes (the "Notes") and pre-export finance facilities (the "PXF Facilities") contemplated by the non-binding restructuring heads of terms published by the Company on 25 May 2016 (the Restructuring).

The Restructuring is intended to be implemented via an English scheme of arrangement (the "Restructuring Scheme"). On 17 January 2017 the English court granted leave to the Company to convene scheme meetings of its holders of Notes (the "Noteholders") and lenders under the PXF Facilities (the "PXF Lenders") to vote on the Restructuring Scheme which will be held on 6 February 2017.

Neither the Company nor any of its affiliates has applied for bankruptcy proceedings.

The Company and its affiliates (including Metinvest U.S., Inc. ("MIUS"), United Coal Company LLC ("UCC") and their affiliates) will be carrying on their businesses and operations in the usual manner.

Formal lock-up agreements are in place and the required majorities of Noteholders and PXF Lenders to approve the Restructuring Scheme have already been obtained.

The scheme meetings will be followed by a further hearing in the English court on or about 8 February 2017 pursuant to which the court will be requested to sanction the Restructuring Scheme. The Company anticipates that the Restructuring will be implemented approximately three weeks following that hearing.

A scheme of arrangement under English law is not an insolvency procedure, but rather a court approved procedure by which a company can propose a compromise and arrangement with particular classes of creditors without the need to obtain unanimous consent. If a scheme is approved by the required majorities of affected creditors and sanctioned by the English court, the scheme will bind all creditors in the relevant class whether or not they approved the scheme.

The Company is the Dutch parent company and the main financing vehicle for the Metinvest group of companies and is able to propose the Restructuring Scheme because, amongst other matters, the terms and conditions of the Notes and the facility agreements in relation to the PXF Facilities are governed by English law. The Company has successfully implemented two previous schemes in relation to temporary moratoriums on enforcement action by the Noteholders which were sanctioned by the English court and implemented on 29 January 2016 and 30 June 2016 respectively (the "Moratorium Schemes").

A convening hearing in connection with the Restructuring Scheme was held in the English court on 17 January 2017 which ordered the convening of separate scheme meetings in which the Noteholders and the PXF Lenders can vote on the Restructuring Scheme. The scheme meetings will be held at the offices of Allen & Overy LLP, One Bishops Square, London E1 6AD on 6 February 2017 commencing from 10.00 am (London time).