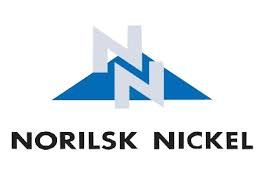 IndustryNon-fueled minerals extractionFinances
OREANDA-NEWS. Billionaires Oleg Deripaska and Vladimir Potanin’s working arrangement at MMC Norilsk Nickel is starting to fray, but the tycoons aren’t planning to trigger a so-called shoot out – a forced auction where the losing bidder must sell his stake to the winner, three people familiar with situation said.

The 2012 agreement between Deripaska’s United Co. Rusaland Potanin’s Interros Holding Co. provides a mechanism by which one man can buy out the other’s stake in Nornickel, as the company is also known. That mechanism, called a “shoot out,” was to take effect after a five-year lock-up period expired on December 10, according to a Rusal letter to shareholders published in 2014.

The attorneys for Deripaska, Potanin and Roman Abramovich, whose company acts as guarantor for the peace between the two fellow tycoons, faced off in a London court on Friday in a conflict triggered by Abramovich’s desire to sell his stake in Nornickel. Deripaska is trying to stop Abramovich from selling the stake because he believes it may tip more power to Potanin, according to people familiar with he matter.

Rusal filed an injunction against Abramovich’s Crispian and Potanin’s Whiteleave Holdings. The attorneys met in court on Friday and agreed to delay proceedings until the week of March 5. Lawyers for Abramovich and Potanin told the judge that delays would lead to financial losses. All sides agreed to seek a speedy trial before a June shareholder meeting.

As the new conflict looms, Potanin and Deripaska still see as unlikely a scenario in which the forced-auction option is triggered, said the people, who declined to be identified because the information isn’t public. Invoking the option is too complicated, which makes it almost impossible to use, they said.

Potanin, one of Russia’s richest men with an $19-billion fortune, told Bloomberg in November he has no plans to initiate a shoot out with the others.

The deal signed in 2012, after President Vladimir Putin intervened, ended four years of squabbling in court between Deripaska and Potanin. In the agreement, Abramovich and his partners were allowed to buy a stake in exchange for resolving conflicts between Potanin and Deripaska.

Through their companies, Deripaska controls about 28% of Norilsk Nickel, which operates some of the richest mines in platinum, palladium and nickel. Potanin owns more than 30%.

Norilsk Nickel shares fell as much as 11.6% on Friday, the most since 2014 after the news about the new conflict.