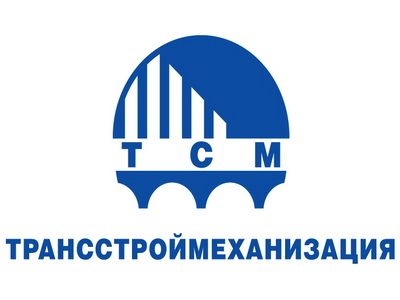 Industry
OREANDA-NEWS. Transstroymekhanizatsiya (TSM), a member of the Mostotrest Group, will perform Stage 3 construction of the Vladivostok-Nakhodka Highway (km 18.5 – km 40.8 km) in the framework of the government contract with the Primorsky Territory Transport and Road Construction Department. The project is a continuation of large-scale reconstruction of the Vladivostok - Nakhodka – Vostochny Port Highway, implemented under the Federal Target Program (FTP) "Economic and Social Development of the Far East and the Baikal Region" and the International Transport Corridor "Primorye-1" Development Plan.

The Vladivostok - Nakhodka – Vostochny Port Highway, currently under construction, is part of the "Primorye-1" International Transport Corridor (ITC). The highway will be an important transport artery of the Southern Primorsky Territory, linking together three major Russian ports: Vladivostok, Nakhodka and Vostochny, as well as southern areas of the Primorsky Territory.

Stretching between the Vladivostok-Khabarovsk Highway and the Knevichi Airport Interchange, the first segment of the highway was built in 2013. The second segment (the Artyom Bypass) was built by TSM and put into operation in August 2016, in accordance with the terms of the contract. The Company's participation in the next stage of construction will ensure process unity and execution quality, as well as compliance with the terms of construction as per customer requirements.

The third highway segment will bypass the settlements of Shtykovo, Shkotovo and Smolyaninovo, and provide a high-speed transport link to the urban district of Bolshoy Kamen, including the Zvezda Shipbuilding Yard and residential neighborhoods. This will cut the length of travel from Vladivostok to Bolshoi Kamen by 22 km.

The International Transport Corridor "Primorye-1" is part of the International Transport Corridor "Suifenhe" (Corridor 3) - Vladivostok - Grodekovo - Suifenhe - Harbin - Manchuria - Zabaykalsk - Chita – the Trans-Siberian), in accordance with the Transport Corridor Concept of the Northeast Asia Economic Forum and the Federal Target Program "Economic and Social Development of the Far East and the Baikal Region for the Period Till 2018". Completion of this transport corridor is expected to bring significant volumes of international transit from China, Japan, Mongolia, Australia and North America to the ports of Russia's Primorsky Territory.

Mostotrest is a major, diversified infrastructure construction company, with an established presence in all core and related market segments, and a participant in Russia’s first public-private partnership projects. According to EMBS Group, an independent industry consultancy, in 2015 Mostotrest held a 13.9% share of the total Russian transport infrastructure construction market.

The company was established in 1930 as a developer of complex and oversized bridges.