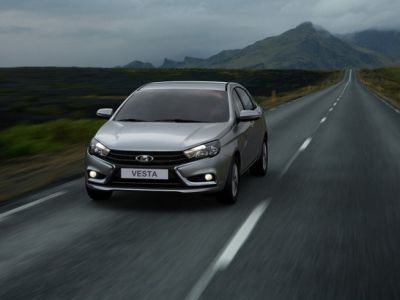 OREANDA-NEWS Domestic models LADA Granta and LADA Vesta by the results of 2016 were in the top-100 of sold cars in Europe. This conclusion was made by the analysts of the agency "AUTOSTAT", by referring to data focus2move data. In this ranking LADA Granta with 89.8 thousand sold units (in European countries, taking into account Russia) took the 59th place, while its nearest neighbors are Hyundai Solaris (58th place) and Renault Twingo (60 th).

LADA Vesta in the last year also was in the top-hundred of European bestsellers, by occupying the 94 th position with a score of 55.4 thousand cars. At the same time KIA Picanto (93rd place) and Honda CR-V (95 th place) were close to it