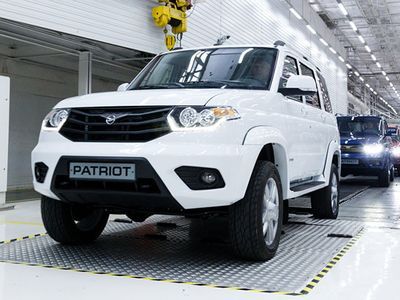 OREANDA-NEWS. Ulyanovsk Automobile Plant in 2016 sold in the Russian market 48848 cars, which is more by 1% than a year ago. As a result, UAZ took the ninth place by sales among all automakers in Russia, and the brand's market share was 3.4% against 3.0% a year before.

As the press service of UAZ informed, the leaders of growth in the Russian market in 2016 became the model UAZ "Cargo" and UAZ "Pickup", the sales of which rose by 19.5% and 7.3%, respectively. At the same time the most popular model among customers was SUV UAZ "Patriot", the volume of sales of which in 2016 was 19062 cars. Recall, the new UAZ "Patriot" came to sale in October of the last year. It should be also noted that in 2016 UAZ expanded its dealer network in Russia to 203 of sales points with the covering from Kaliningrad to Vladivostok.