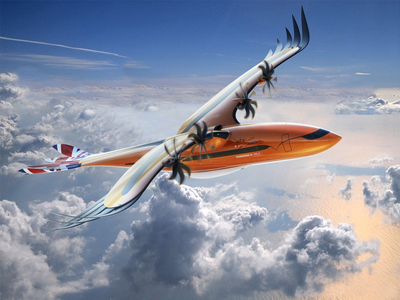 Airbus will Create an Ecological Plane

IndustryTransportAir transport
OREANDA-NEWS A European aircraft manufacturer Airbus is developing an aircraft that can help the widow reduce its emissions.

The secret of the new concept is a hybrid electric power plant. The new model was presented at the Royal International Air Tattoo air show. The project was called Bird of Prey, and this is not surprising, since the aircraft is very similar in shape to a bird.

As the developers themselves noted, the creation of the aircraft was inspired by the work of the legendary inventor Leonardo da Vinci. The unusual shape was borrowed from a rare bird species - California Condor.

However, its appearance is not the only thing that the creators of the concept have. Much more important is the environmental component of the aircraft.

A hybrid electric motor can be a real breakthrough in the airline industry. After all, such a power plant will reduce fuel consumption. This means that the amount of harmful emissions into the atmosphere can decrease by 50%, which will positively affect the ecosystem of the planet.