Apple Will Start Production of iPhone X in India 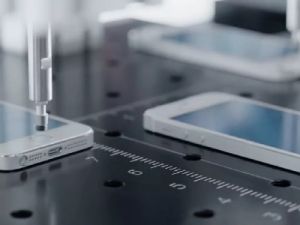 OREANDA-NEWS Apple will launch the release of iPhone X models in India by the local division of the Taiwanese concern Foxconn, the largest collector of "Apple" smartphones. This is reported by sources Reuters. According to this information, iPhone X, XS, XS and XR Max will be assembled at the plant in Sriperumbudur in the southern state of Tamil Nadu.

The first iPhone Assembly in India since the beginning of 2019 was reported by the Hindu, the issue was discussed on December 25 at a meeting of the Cabinet of Ministers. At the same time, the government did not specify which models of smartphones will be collected in the Indian Territory. In an interview with Reuters, industry Minister Tamil Nada spoke about Foxconn's investment of $356 million to expand the plant in the state and create up to 25 thousand new jobs.

So far, Apple has only produced iPhone SE and 6S in India. SE Assembly started in May 2017, when the American company released the first test batch of smartphones produced at the factory of the Taiwanese Corporation Wistron Corp. in the southern state of Karnataka.

In the summer of 2018, Apple began production of the iPhone 6S in Bangalore, Karnataka, also at the Wistron plant, the economic Times reported. To do this, according to the newspaper, the factory has created a new Assembly line. The representative of Apple noted that SE and 6S collected in India are sold only on the territory of this country.

Reuters points out that Apple's sales in India until recently focused on low — end iPhone models-for example, last year more than half of the company's sales came from modifications released before the release of the iPhone 8.

Earlier, a court in China ordered Apple to stop selling some iPhone models in the country. This is stated in the message of the American chip manufacturer Qualcomm Inc. who filed a lawsuit against the iPhone manufacturer. The company accused Apple of patent infringement.