OREANDA-NEWS. April 07, 2016. Facebook has long been the leader in social networking, and recent data by Comscore proves that this has not changed. Masses of millennials continue to frequently visit the service and advertisers are reacting. Advertisers and marketers everywhere are significantly increasing data-driven advertising and will continue to do so into 2016.

If anyone was wondering whether Facebook was still as relevant as it once was with the Millennial generation, the answer is “YES.” In a recent report by Comscore, internet users between ages 18 to 34 were analyzed by engagement and penetration of the major social networks. As you can see in the graphic below, Facebook far exceeds all other networks in time spent and reach among Millennials. So all of you advertising on Facebook, keep up the good work, your brand is clearly spending money in the right place. For those of you not reaching your audience on this major network, hop to it! 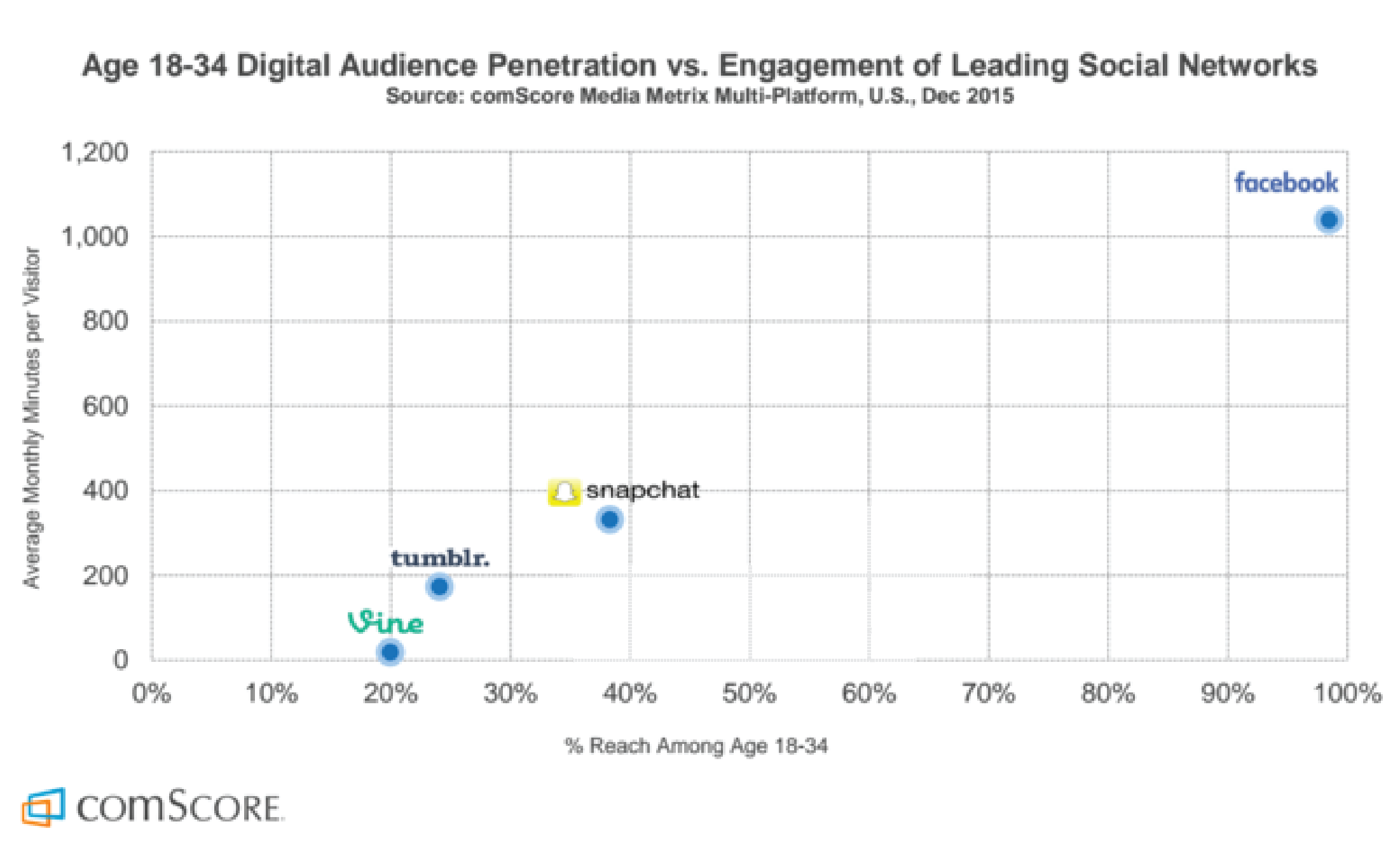 Facebook is clearly still the leader in social networking. In our most recent 2015 Annual Salesforce Advertising Index, we took a look at the major digital advertising trends on Facebook from the past year, including Facebook CPM (cost per thousand impressions). From Q4 2014 to Q4 2015, the Facebook global CPM across seven key markets rose by 34% overall, reaching \\$5.05. However, in Brazil, France, and Japan, the Facebook global CPM decreased year over year. There was increased investment in both digital and traditional advertising in Q4, particularly in industries like retail and e-commerce, as a result events like Black Friday, Cyber Monday, Christmas, and Boxing Day. This past year, Facebook’s advertising revenue in the United States and Canada jumped from \\$2.1 billion in Q3 to \\$2.8 billion in Q4, an increase of 33%. Parallel to this increase was an increased demand driving CPM in the United States to grow by almost the exact same amount, 33%. The United Kingdom and Canada also saw large growth in CPM, while Brazil, France, and Japan actually saw a slight decrease in CPM from Q3 2015 to Q4 2015.

Last year, data-driven advertising and marketing spend by professionals worldwide increased or increased significantly  according to a recent eMarketer report. This grow is expected to be higher in 2016. To be specific, in 2015, 20% of respondents said their data-driven advertising increased significantly and in 2016, that will increase to 28%. 36% in 2015 and an astonishing 40% in 2016 say that this mode of advertising will increase somewhat. Given the data above regarding continued Millennial penetration on Facebook, as well as by the older generations, this is a smart move. The decision to increase advertising driven by customer data is because customers expect advertising to be personalized to them and their relationship with your brand. There is also an increasing amount of data available for this purpose, as customers spend more of their time online, and particularly in social networks and on their mobile devices. So for advertising and marketing efforts, using personalized messaging and optimized targeting is a must-do.