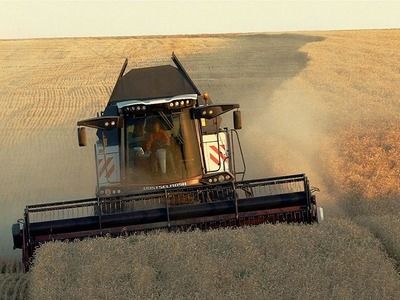 IndustryAgricultureWholesale of non-motor vehiclesInternational activities
OREANDA-NEWS. Crimean agrarians intend to double the supply of wheat and flour grain to Syria, Lebanon, Egypt and several other countries by the end of 2019, Deputy Minister of Agriculture of the Republic Vladimir Anyukhin told the Russian media on Friday.

“Harvesting has just finished, we have harvested a very good crop. The market is now being additionally formed by participants, and volumes will increase significantly by the end of the year. I think that at least 500-600 thousand tons of grain will be exported. These are Syria and other countries to which it was sent our grain", he said.

According to Anyukhin, in 2018, about 330 thousand tons of grain were exported to Lebanon, Syria, Egypt, Saudi Arabia and other countries through the Crimean sea ports in Sevastopol, Feodosia, Kerch and the port of Kavkaz in the Krasnodar Territory. In the first half of 2019 - 148.9 thousand tons were shipped to Syria, Lebanon, Egypt, Libya, Saudi Arabia. "This is only the beginning. The prospects are very good. In addition to grain, there will be supplies of flour and bran", the deputy minister said.

Earlier, the Minister of Agriculture of the Crimea, Andrei Ryumshin, reported that on August 5, 2019, republican farmers completed the harvesting of grain crops, collecting 1.694 million tons of the early grain and leguminous crop group, which is almost 800 thousand tons more than in 2018. The average yield of grain crops was almost twice as high as last year: 30 kg/ha this year and 16 kg/ha in the past.