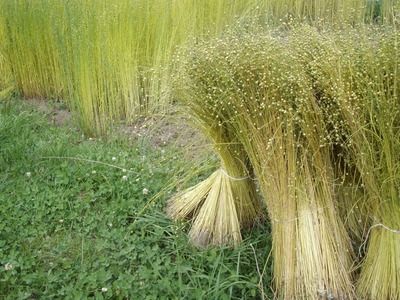 Flax Sown Area in Russia Will Grow by a Third

OREANDA-NEWS In Russia, the area of ​​farmland on which flax will be grown will increase significantly. So, by 2025, this figure should be 60 thousand hectares, which is one third more than at present.

This was announced by the First Deputy Minister of Agriculture Dzhambulat Khatuov during a speech at the plenary meeting of the All-Russian Day of Flax Field in the Tver Region.

“This will allow us to increase the gross harvest by more than 40% and reach the figure of 52.6 thousand tons per year,” the official said, noting that the introduction of unused arable land should become a key growth point.

The First Deputy Minister emphasized that now, thanks to state support and favorable market conditions, the flax growing industry in the country is reviving and showing good growth dynamics. So, in 2018, the sown area of ​​flax flax amounted to 44.5 thousand ha, the gross harvest of flax fiber - 36.7 thousand tons, and the yield reached 8.7 c / ha.

“This year, the crop was sown on an area of ​​50.6 thousand hectares - the largest increase was recorded in the Republics of Mari El and Tataria, Nizhny Novgorod, Yaroslavl, Ivanovo and Bryansk regions,” added Hatuov.