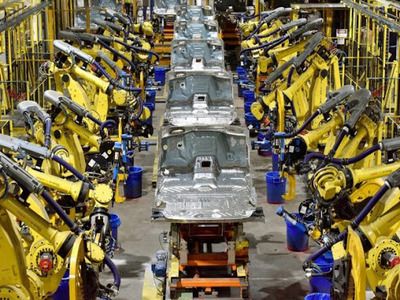 General Motors, Ford and Fiat Chrysler Will Suspend Production until the End of March

IndustryCars and equipment manufactureCar and truck transportInternational activities
OREANDA-NEWS. Leadership of three American automotive giants General Motors, Ford and Fiat Chrysler halts production at their plants due to the spread of the new coronavirus. This is stated in statements published on Wednesday on the websites of companies.

"Production at Ford's facilities in the US, Canada and Mexico will be suspended after Thursday evening until March 30 to conduct thorough cleaning and disinfection at the company's plants", Ford said. They said they would consult with the United Auto Workers Union to decide what measures should be taken to protect the health of employees.

General Motors said the corporation is "halting production in North America due to market conditions to ensure refineries are cleaned up and personnel are protected". The company said that "the suspension will last at least until March 30". Thereafter, General Motors will conduct weekly assessments as to whether to resume production.

In a statement, Fiat Chrysler stated that the company "agreed to suspend production in factories in North America" ​​from Wednesday until the end of March. The corporation also said that they will carry out disinfection at enterprises. Prior to resuming production, company employees will receive unemployment benefits and payments from companies.
Source: OREANDA-NEWS
Другие новости: