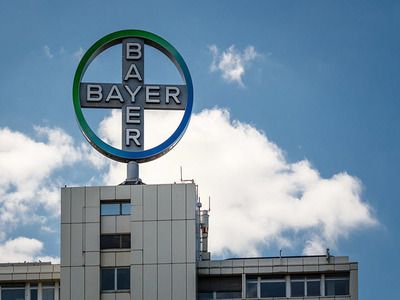 Media: Bayer Is Ready to Pay $ 8 Billion in Claims on Carcinogenicity of Glyphosate

IndustryMedicines productionJusticeInternational activities
OREANDA-NEWS. Bayer, the German chemical and pharmaceutical company, has proposed $ 8 billion to satisfy more than 18,000 U.S. lawsuits alleging that Roundup is a carcinogen. This was reported on Friday by the American News Agency, citing sources.

The concern’s lawyers are currently negotiating with the plaintiff’s lawyers to work out the terms of the agreement to resolve all current and probable future claims. At the same time, the company is ready to pay from $ 6 to $ 8 billion, while the lawyers of the victims demand more than $ 10 billion in compensation.

The agency was unable to get a comment on Bayer. In May, a U.S. court ruled that Bayer should pay more than $ 2 billion to two Americans who were diagnosed with cancer, presumably due to contact with Roundup. Roundup is one of the most common herbicides (a chemical that is used to kill vegetation) in the world; it's produced by the American company Monsanto, which was acquired by Bayer in 2016.

In the United States, companies are accused of intentionally withholding information about the carcinogenicity of Roundup, also known as glyphosate. Bayer rejects these allegations, saying that numerous studies don't confirm the health risks of glyphosate. In September 2018, the U.S. Environmental Protection Agency, after extensive research, concluded that glyphosate, widely used in agriculture around the world, doesn't cause cancer. At the same time, the International Agency for Research on Cancer, which is part of the World Health Organization (WHO), classified glyphosate in 2015 as a substance that is likely to have a carcinogenic effect on humans.

A jury in San Francisco previously ordered the US-based chemical company Monsanto, a member of the Bayer group, to pay $ 80.3 million to plaintiff Edwin Hardeman, who he claimed had developed cancer with Roundup.
Source: OREANDA-NEWS
Материалы по теме: