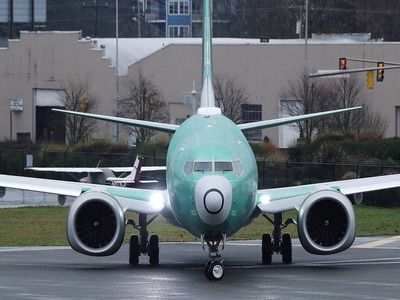 Media: Boeing Plans to Resume Production of 737 MAX by May

Air transportIndustryCars and equipment manufactureInternational activities
OREANDA-NEWS. US Aerospace Corporation Boeing plans to resume production of Boeing 737 MAX aircraft by May. This was announced on Tuesday by a news agency.

According to one of the agency’s sources, Boeing asked some suppliers to be ready to start supplying parts for the 737 MAX in April. Another source noted that the company originally planned to resume assembly of the aircraft in April, but because of the situation with the coronavirus, it decided to postpone the start of production in May. On Tuesday, U.S. President Donald Trump said the US authorities could not allow the economic collapse of Boeing and would provide the company with moderate financial support.

In December last year, Boeing announced the suspension of the release of 737 MAX. The operation of this series of aircraft was temporarily suspended after two accidents. March 10 last year in Ethiopia crashed a Boeing 737 MAX 8 airline Ethiopian Airlines, killing 157 people. On October 29, 2018, 189 people became victims of a plane crash of a similar Lion Air model in Indonesia.