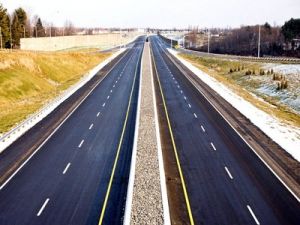 OREANDA-NEWS. The head of the Russian government, Dmitry Medvedev, approved the project of the first fully private Meridian motorway, which should pass from the border with Belarus to Kazakhstan and connect Western Europe and China through it. Vedomosti writes about this with reference to a copy of the minutes of the meeting with the Prime Minister on June 24, the authenticity of which was confirmed to the newspaper by the press secretary of Medvedev.

According to the publication, the head of the Cabinet instructed the officials of the Ministry of Transport and the Ministry of Economic Development to advise the project initiator, the Russian Holding Company, in attracting investors, in particular from China. He also instructed the ministers of transport, construction, finance and economic development in every way to provide all necessary support to the project.

The construction of a private road is estimated at almost 600 billion rubles. excluding VAT and, according to plans, it should be built without an infusion of funds from the budget. However, as two sources told the Russian media, private builders have put forward a condition that the state should provide them with a minimum guaranteed income of 35 billion rubles in year. They will need such funds to protect themselves from situations that investors can't influence, for example, in the event of political risks, such as the closure of state borders. Commercial risks of state guarantees won't be covered.

The beneficiary of the Russian holding company, Alexander Ryazanov, told the publication that the Russian authorities had never issued such political guarantees, however, he said, the government was carefully considering the arguments of the developers of the highway project. In the spring, the cabinet of ministers also discussed financial state guarantees in the amount of 200 billion rubles.