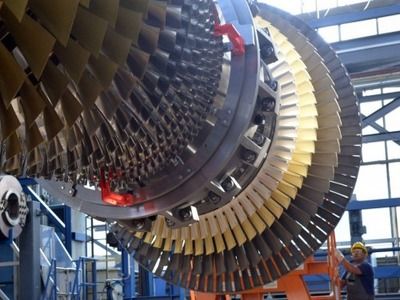 IndustryInternational activitiesMinistries and departmentsCars and equipment manufacture
OREANDA-NEWS. The Ministry of Industry and Trade of the Russian Federation returned to Siemens Gas Turbine Technology (STGT, 65% owned by Siemens, 35% - to Alexey Mordashov's Power Machines) an application for concluding a special investment contract for the localization of a high-power gas turbine. This was reported to the Russian media by the representative of the Ministry of Industry and Trade.

The application was sent for revision in connection with a change in the mechanism of the special investment contract, according to which there was "an actual shift of the vector from tasks of a predominantly investment nature towards the development and transfer of new technological competencies", he noted. The conclusion of the SPIC in the framework of the new model will be made according to the list of modern technologies approved by the government of the Russian Federation.

“STGT was recommended to assess the compliance of the project on the localization of high-power gas turbines in the Russian Federation with the new format of the SPIC mechanism after approval by the RF government of the corresponding list of modern technologies. STGT sent a statement to the Ministry of Industry and Trade of the Russian Federation on July 2 to conclude a special investment contract. It will allow the company to obtain the status of a Russian manufacturer, and with it the opportunity to supply gas turbines to modernize thermal power plants under the new government program.

The company also planned until mid-2023 to localize the components of the "hot path" and the automatic control system of the gas turbine. The planned level of localization of the SGT-2000E turbine at the Siemens Gas Turbine Technology plant will be at least 90%, as previously reported.
Source: OREANDA-NEWS
Материалы по теме: