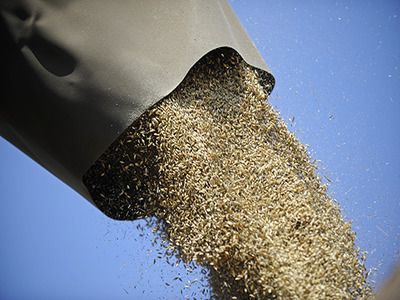 Putin: Russia Outperformed the US and Canada on Wheat Exports

IndustryAgricultureWholesale of non-motor vehiclesInternational activities
OREANDA-NEWS. President Vladimir Putin is pleased that in recent years the country has evolved from a major buyer of grain to a major exporter. “The Soviet Union has always been a buyer of grain, we were one of the largest buyers of grain and wheat. I want to remind you that now Russia is the largest supplier of wheat to the world market, we are number one”, the head of state said.

He emphasized: "We went around both the United States and Canada". "They have more production, but they consume more, and we produce so much that it allows us to take first place in the international market for the sale of wheat," Putin explained. He added that agricultural growth is 46%. "Our export has grown several times - by 2.6 times, we sold $ 24 billion on the foreign agricultural market, including not only grain", the president said.

Putin offers Russian farmers to use the leasing tool more actively. "In my opinion, we need to use leasing more actively. This is a fairly flexible tool that allows our farmers to work in their own market and promote their products abroad", Putin said.