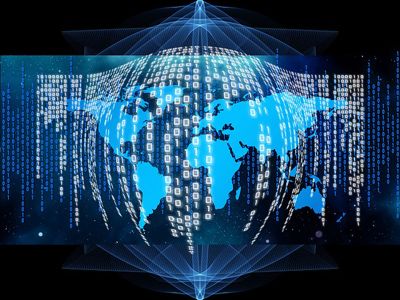 Recall Studios is committed to the development and exploitation of disruptive technologies, in new media and entertainment, that elevate the way consumers interact with content. Our principal strategy is focused on the explosive market of Mixed Reality (both augmented and virtual), with a portfolio of proprietary technology (and patents pending) that is market-ready and slated for commercial introduction in 2018.  In addition to our in-house development initiatives, we believe strongly in the use of our public currency, supported by the experience of our leadership team, for the acquisition of best-of-breed technologies, applications and companies that further establish our company as an industry pioneer, with global visibility and scalable distribution for our applications.

Commenting on the acquisition, Recall CEO Alexander Baffer stated, “As we prepare for the first significant commercial introduction of our proprietary Augmented Reality apps, the purchase of Evolution AI and Pulse Evolution really help us to complete the picture.  Our combined companies will stand uniquely among the industry’s first vertically integrated Mixed-Reality companies, from IP-owner to Content Creator to Applications Provider.”

Through the acquisition of Evolution AI Corporation, Recall Studios will secure participation in the exciting opportunities of artificial intelligence, and we will also acquire control of Pulse Evolution Corporation, an entertainment technology company with an impressive global reputation.  Pulse Evolution and its principals are most popularly known for producing some of the most visually stunning digital humans in the history of entertainment, including the Academy Award lead character in The Curious Case of Benjamin Button (2008), the digital alter-ego of Jeff Bridges in Tron: Legacy (2010), the holographic performance of Virtual Tupac Shakur at the Coachella Valley Music Festival (2012), and Virtual Michael Jackson at the Billboard Music Awards (2014).

Founded by new media pioneer John Textor, described recently by Forbes magazine as “Hollywood’s Virtual Reality Guru”, Evolution AI is committed to applications of Mixed Reality (VR and AR) and the important role that digital humans and artificial intelligence will play in the world of immersive entertainment.  We believe that the impressive digital humans and consolidated entertainment properties of Evolution AI would achieve even greater market potential through the AR and VR technology of Recall Studios…and, for our shareholders, we believe that the purchase of Evolution AI Corporation will provide Recall Studios with global market visibility and product distribution opportunities that would otherwise take years to establish.

Our purchase of Evolution AI Corporation and our planned tender offer to the shareholders of Pulse Evolution represent the first steps toward an exciting combination of Recall Studios’ impressive mixed reality technologies with established global players who are well known for their production of visually stunning computer-generated imagery and their innovative use of alternative display technologies in the development of new forms of entertainment.  We look forward to our first opportunity to meet with the board of directors of Pulse in the hope that we may be able to make our shared dreams for the future a reality.

We are pleased to inform you that we have reached agreement to acquire 100% of Evolution AI Corporation, from its shareholders, in a transaction that we believe will result in material and attractive collaboration between Recall Studios and Pulse Evolution Corporation, subject to certain conditions precedent described in definitive documentation.  We are also prepared to offer considerable value to Pulse shareholders through a series of transactions that are likely to be much more inclusive for Pulse shareholders than the recently publicized offer by Evolution AI Corporation.

As a fully reporting public company, Recall Studios intends to issue a tender offer of $1.38 per share to current holders of unrestricted ‘public float’ Pulse shares, payable in fully registered common shares of Recall Studios.  With the filing of a Schedule TO, pursuant to Rule 14d-1, and the contemporaneous filing of a Form S-4 registration statement, our offer can accommodate both accredited and non-accredited holders of Pulse shares, which is a significant improvement over the previous exchange offer publicized by Evolution AI Corporation.

Please also recognize that our acquisition of Evolution AI Corporation, when combined with our current shareholder count, is likely to result in our satisfaction of the initial listing requirements of the New York Stock Exchange, which will represent a significant improvement in liquidity as compared to the OTC-Pink limitations that we believe have suppressed the valuation of Pulse common shares.

We are therefore, in the most respectful manner, asking for your support of our initiative to consolidate additional shares of Pulse Evolution Corporation, first, with our planned tender offer for public float shares and, ultimately, with the possible acquisition of the remaining ‘non-trading’ interests in your company.

The Board of Directors of
Recall Studios, Inc.

We are an entertainment technology company engaged in the development of mixed reality technologies (Virtual Reality and Augmented Reality) and related applications that contribute to a new paradigm of media consumption. We are focused on creating disruptive software, proprietary technology and applications, and immersive content. Our most recent SEC filings and financial information can be found on the Securities and Exchange Commission's website at www.sec.gov

Evolution|AI Corporation is an artificial intelligence technology company focused on the adaptation and development of hyper-realistic human animation technology to enable leading Artificial Intelligence platforms to interact with consumers in a relatable human form. Founded by Mr. John Textor, an established and globally recognized pioneer in the field of hyper-realistic human animation, Evolution|AI intends to develop a robust library of fully functional human faces, and human characters, that will allow people to communicate with leading artificial intelligence platforms, just as they would expect to communicate with another human being.