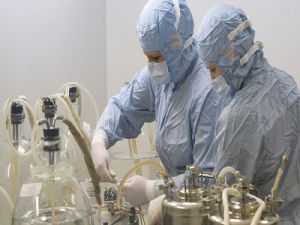 The Russian consumer supervision also expressed caution about the situation around the laboratory of Richard Lugar near Tbilisi. According to the Russian Ministry of Defense, a toxic bioagent was tested at a US research center, leading to the death of 73 people. The Pentagon, in turn, refuted the accusations of secret experiments on people in Georgia, calling them absurd.Popova added that Russia and the CIS countries "are forced to develop measures of protection against possible threats" by the laboratories. “Today, laboratories work both for research, probably, and for products of new pathogens”, said the head of department.

Before that, the Foreign Ministry announced the expansion of the network of American biolaboratories for military research near the borders of Russia. According to the deputy head of the department, Sergey Ryabkov, these actions aren't in the interest of strengthening the Convention on the Prohibition of Biological and Toxin Weapons.

Earlier, the agency noted similar actions, the United States intended to establish a biolaboratory in Simferopol, similar to the Richard Lugar Center in Georgia. This was announced by Anna Popova at a press conference on current threats to biological security. According to her, the department is concerned about recent reports related to a secret laboratory in Georgia, where according to information recently released by former State Security Minister Igor Giorgadze, dangerous experiments and research are being conducted with US money. Including, as noted by Popova, four projects are being developed with fatal infections.