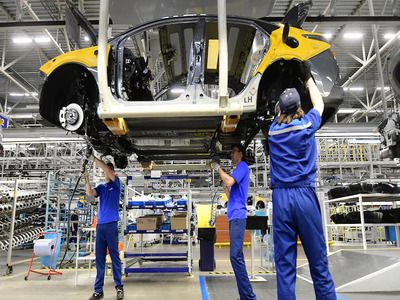 Toyota's Production in February Fell by 13.8%

IndustryCars and equipment manufactureInternational activitiesPublic health
OREANDA-NEWS. The leading Japanese automaker Toyota Motor announced a decrease in production volumes of 13.8% in February compared with the same period last year due to the spread of the new coronavirus. This was announced on Monday by the Japanese news agency.

According to him, the corporation produced 625 thousand less cars than in February 2019. At the same time, production volumes in China decreased by 77.4% due to the suspension of assembly lines.

Earlier media reported that Toyota Motor won't resume production at factories in European countries until at least April 20. The plant in St. Petersburg will also be closed on April 5.
Source: OREANDA-NEWS
Другие новости: