Wainbridge Will Build a Headquarters for Tinkoff for 15 Billion Rubles 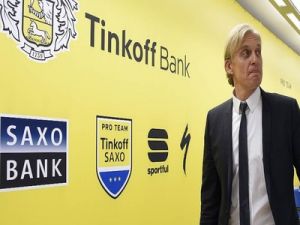 OREANDA-NEWS. The development company Wainbridge will build a new business center on the banks of the Moscow Canal in the capital, and the Tinkoff Group will take part of the premises for a long-term lease in 2022. The agreement of intent was signed by the parties within the framework of the St. Petersburg International Economic Forum, the correspondent of the Russian media reports. Construction of the office center "Water Area" will cost 15 billion rubles, Wainbridge reported. This amount, taking into account the design of the object, rental and decoration of premises, said the company.

Earlier during the business breakfast of Sberbank at the SPIEF, Oleg Tinkov said that his company “is building a new office for 12 billion rubles”. Tinkov spoke about the amount of investment or the cost of rent, the press service of Tinkoff Bank refused to explain. It is expected that the new headquarters will occupy more than 68,000 square meters in the business center, including a fitness center with an area of more than 3,000 square meters. Thus, the transaction will be the largest in the office real estate market in Moscow over the past two years.

Earlier, the structure of Tinkoff Group, TCS Group Holding, agreed to lease part of a business center under construction, the Vedomosti newspaper reported, citing sources. According to the publication, the term of the lease agreement will be 10 years with the possibility of extension.

Earlier it was reported that the Tinkoff Group is looking for an office of about 50,000 square meters to accommodate the new headquarters in Moscow, told Vedomosti three consultants who worked with the group. According to them, Tinkoff is considering various options - from renting and purchasing space in various ready-made business centers to building a turnkey building.