5G Operators Will Be Transferred to Russian Servers 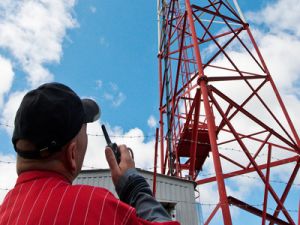 OREANDA-NEWS. During the construction of fifth-generation communication networks (5G), operators must migrate to “Russian-made public servers based on a trusted electronic component base”, follows the “roadmap” for wireless technologies developed by the Rostec subsidiary National Information Center in the framework of the national program "Digital Economy". Last week, the document was approved by the Bureau of the Government Commission on Digital Development. The deadline is 2023–2024, those responsible for supporting industry decisions are the Ministry of Industry and Trade and the Skolkovo Fund.

According to the roadmap, in 2021 5G networks should be deployed in at least five million-plus cities, and in 2024, in ten. In mid-April, Maxim Akimov during a conversation with Russian President Vladimir Putin said that about 650 billion rubles would be spent on creating 5G networks. “We wouldn't want all this money, or a significant part of it, to be given to foreign vendors - equipment suppliers”, he said.

However, most of the equipment necessary for 5G is not manufactured in Russia, therefore, in the first versions of the roadmap, its authors proposed to cooperate with international players: to localize the release of their products, create R&D centers and joint pilot projects. Potential partners were Chinese Huawei and ZTE, Finnish Nokia, US Cisco, Qualcomm, Verizon and others.

The latest version of the document mentions the need to cooperate in the field of R&D with international players. At the same time, a paragraph appeared on the need to switch to public servers of Russian design. As the interlocutor who participated in the development of the document explained to the Russian media, public servers are understood as ordinary servers that are used by IT companies.