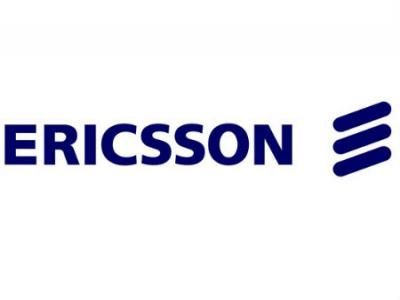 Non-IFRS financial measures are reconciled to the most directly reconcilable line items in the financial statements at the end of this report.

Comments from B?rje Ekholm, President and CEO of Ericsson (NASDAQ:ERIC)

In 2016, a number of markets, in regions such as Latin America, the Middle East and Africa, were impacted by a weak macroeconomic environment with a negative effect on mobile broadband investments. The underlying market remained weak in the fourth quarter with further weakness in Latin America. However, hardware deliveries previously planned for Q1 2017 were made on customer requests, and had a positive impact on sales in the fourth quarter. In combination with a weakened SEK versus USD, this resulted in a stronger than expected sequential sales growth in mobile broadband. Segment Networks sales increased by 39% QoQ. The new radio platform, Ericsson Radio System (ERS), represented almost 15% of total deliveries of radio units for 2016 and the roll-out of the new platform is gradually ramping up.

Sales in the targeted areas declined by -7% YoY, mainly impacted by lower sales in OSS and BSS following the transition from legacy to new products. We are allocating resources into our digital transformation projects to secure important deliveries in 2017. Full-year sales for targeted areas were flat and accounted for 20% of group sales in 2016.

The current industry trends and business mix of coverage and capacity sales in mobile broadband are expected to prevail in 2017. At the Investor Update in November we presented our estimate of the Radio Access Network (RAN) equipment market in USD; a decline by -10% to -15% in 2016 and further decline by -2% to -6% in 2017.

Operating income decreased to SEK -0.3 (11.0) b. in the quarter, mainly due to lower IPR licensing revenues, higher restructuring charges and lower gross margin.

The Board will propose a dividend of SEK 1.00 (3.70) per share to the AGM. The Board believes that it is prudent to align the dividend level with 2016 earnings adjusted for restructuring charges  and the current market outlook. However, the Board expresses confidence in the ongoing actions to improve Ericsson's financial performance, and has the ambition to increase the dividend over time as our performance improves.

We as well as our customers are going through a period of rapid change. As a consequence, we are reviewing our priorities in order to set the future direction of the company. This work has been initiated involving key teams in the company, to secure quality of decisions and speed in implementation once decisions are made. Emphasis will be on refining the strategy to focus investments into areas where we both can and must win. Building on the suggestion from the famous ice hockey player Wayne Gretzky; We will focus on skating where the puck will be, not where it has been.

In the near term, stability will be key to establishing a strong base for future growth. This means prioritizing profitability over growth, but also to diligently continue to work on efficiency and effectiveness across all operations. This can and will ensure that we remain at the forefront of technological development - building on the combined strength across products, services and solutions.