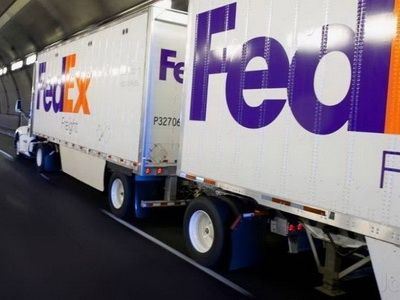 The site was originally awarded ISO 14001 certification in 2011 and has had this renewed for a period of three years against the more demanding 2015 standard.

"This certification is confirmation of FedEx commitment to managing the environmental impact of one of its largest facilities in Europe through our EarthSmart programs," said Julien Ducoup, managing director of Operations at FedEx Express Paris-CDG hub. "This certification is a first for FedEx within Europe and paves the way for the company to continue connecting people and businesses around the world in a more responsible way."

To receive certification, the overall impact of the FedEx European Hub was carefully analyzed to consider aircraft de-icing and maintenance, sorting systems, LPG and glycol tank storage, and waste management.

Despite increased activity levels, FedEx has worked to decrease the electricity consumption at the hub by 9.4% since 2013, through the retrofitting of lighting. The hub in Paris-CDG has already saved 1.57 gigawatt hours (GWh), equivalent to the average annual consumption of 294 households in France1.

Furthermore, 97.7% of the hub’s standard waste is now reused, with 64% being recycled. FedEx also works continuously with suppliers to find operational solutions that better care for the environment. Where glycol is used for aircraft de-icing operations, for example, sophisticated pumping operations have been introduced to ensure efficient storage of the substance and safeguard against pollution of rainwater systems."

Renewal of ISO 14001 certification to the more stringent 2015 standard required all FedEx team members and management at the site to be actively engaged.

"We are proud to be the first site at Paris-CDG airport to receive ISO 14001:2015 certification and to support and accelerate sustainability in our sector," said Ducoup. "This certification reflects the efforts made by some 2,100 FedEx team members working at our Paris-CDG Hub, who are all encouraged to adopt energy- saving habits as part of FedEx’ environmental programs."

Ιn May 2016, FedEx appointed an ISO 14001 project manager who has provided training on environmental issues for around 60 employees, including 12 process managers, across all areas of the business and at all levels of the organization to champion its environmental and sustainability programs.

The largest FedEx facility outside the United States, the Paris-CDG Hub is due for expansion in 2019. The new building will be HQE and BREEAM certified, constructed using non-polluting materials and incorporating efficient LED lighting.

FedEx aims to achieve Leadership in Energy and Environmental Design (LEED) certification on all of its new facilities around the world, joining a portfolio of LEED certified facilities throughout the United States and in India.

1 5336 kWh is the yearly average electrical power consumption of a French household, according to EFF/Eurostat
Source: FedEx
Другие новости: